Mourinho: The Special One (Hardcover) 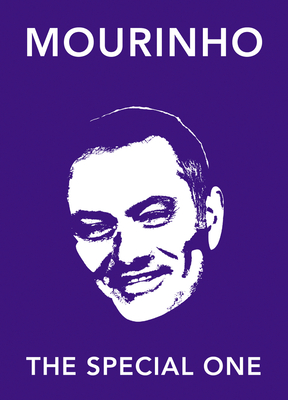 Mourinho: The Special One (Hardcover)

"Please don’t call me arrogant, but I’m European champion and I think I’m a special one."  —Mourinho

Widely known for his strong personality, sharp dress sense, and eccentric comments at press conferences, there is only one José Mourinho. Regarded by many as the world’s best manager and one of the greatest of all time, he achieved huge success. Never one to doubt his own abilities, the charismatic and controversial manager has dominated headlines with his many clashes with the press and run-ins with the soccer authorities. This compendium of quotes from the "special one" includes the very best of Mourinho: his erudite comments, bizarre philosophies, confident expressions of unwavering self-belief, and his love of the beautiful game.

"Look, I'm a coach, I'm not Harry Potter. He is magical, but in reality there is no magic. Magic is fiction and football is real."  —Mourinho's warning to Real Madrid fans, 2010

"Look at my haircut. I am ready for the war."   —Mourinho at the launch of a new shirt deal between Chelsea and Adidas, which also became a chance to unveil his new, short-trimmed haircut

"I think they should get George Clooney to play me. He's a fantastic actor and my wife thinks he would be ideal."   —Mourinho, contemplating a film of his life