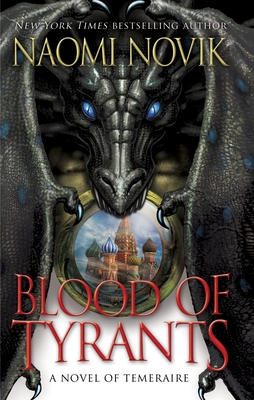 This is book number 8 in the Temeraire series.

From the New York Times bestselling author of A Deadly Education comes the eighth and penultimate volume of the Temeraire series, in which Will Laurence finds himself shipwrecked in Japan with no memory of his dragon, Temeraire, or his past.

“A first-class entry in a remarkable and appealing series.” —Kirkus Reviews (starred review)

This alternate version of the Napoleonic War—with dragons!—ramps up as the eighth and penultimate Temeraire novel takes us to Japan, where a shattered Captain Laurence is washed up on the shores remembering nothing of his past save as the captain of the navy ship Reliant. He struggles to remember why he is in Japan and why he has a startling knowledge of the Chinese language. He has no memory whatever of his dragon, Temeraire—which distresses Temeraire greatly when they are finally reunited. But so great is their bond that the two once again find themselves at the forefront of the war against Napoleon . . . just when all looks most hopeless.

Don’t miss any of Naomi Novik’s magical Temeraire series
HIS MAJESTY’S DRAGON • THRONE OF JADE • BLACK POWDER WAR • EMPIRE OF IVORY • VICTORY OF EAGLES • TONGUES OF SERPENTS • CRUCIBLE OF GOLD • BLOOD OF TYRANTS • LEAGUE OF DRAGONS
Naomi Novik is the acclaimed author of A Deadly Education, the Temeraire series, and the award-winning novels Uprooted and Spinning Silver. She is a founder of the Organization for Transformative Works and the Archive of Our Own. She lives in New York City with her family and six computers.
Praise for His Majesty’s Dragon and the Temeraire series