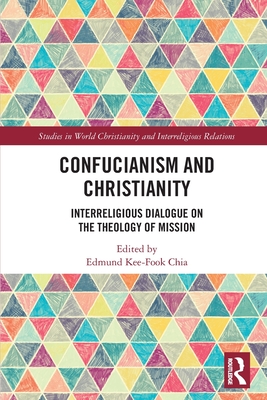 This book reflects on three broad themes of Confucian-Christian relations to assist in the appreciation of the church's theology of mission. While the themes of this volume are theological in orientation, the dialogue is engaged in from an interdisciplinary approach that prioritises the act of listening.

This book is ideally suited to lecturers and students of both Christian studies and Confucian studies, as well as those engaged in mission studies and interfaith studies. It will also be a valuable resource for anyone interested in comparative religious and theological studies on Christianity and Confucianism.

Edmund Kee-Fook Chia is a Senior Lecturer of Theology at the Australian Catholic University, Fellow at the University of Divinity (Melbourne), and Visiting Researcher at Radboud University Nimegen (Netherlands). He headed the interreligious dialogue office of the Asian Bishops from 1996 to 2004 and taught at Catholic Theological Union in Chicago before migrating to Australia in 2011. He is the author of World Christianity Encounters World Religions (2018) and a forthcoming book by Routledge on Asian Christianity and Theology.