The End of Faith: Religion, Terror, and the Future of Reason (Paperback) 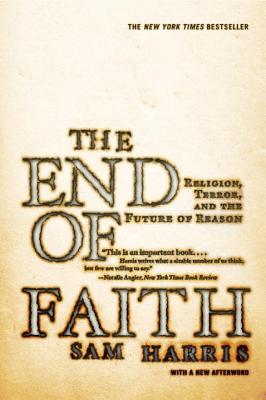 The End of Faith: Religion, Terror, and the Future of Reason (Paperback)

"The End of Faith articulates the dangers and absurdities of organized religion so fiercely and so fearlessly that I felt relieved as I read it, vindicated....Harris writes what a sizable number of us think, but few are willing to say."—Natalie Angier, New York Times

In The End of Faith, Sam Harris delivers a startling analysis of the clash between reason and religion in the modern world. He offers a vivid, historical tour of our willingness to suspend reason in favor of religious beliefs—even when these beliefs inspire the worst human atrocities. While warning against the encroachment of organized religion into world politics, Harris draws on insights from neuroscience, philosophy, and Eastern mysticism to deliver a call for a truly modern foundation for ethics and spirituality that is both secular and humanistic. Winner of the 2005 PEN/Martha Albrand Award for Nonfiction.

Sam Harris is a graduate in philosophy from Stanford University.
A genuinely frightening book.... Read Sam Harris and wake up.
— Richard Dawkins - The Guardian

A radical attack on the most sacred of liberal precepts—the notion of tolerance.... An eminently sensible rallying cry for a more ruthless secularisation of society.
— Stephanie Merritt - The Observer

Shows how the perfect tyranny of religious and secular totalitarianism demonizes imperfect democracies such as the United States and Israel. A must read for all rational people.
— Alan Dershowitz, professor of law at Harvard University and author of America on Trial