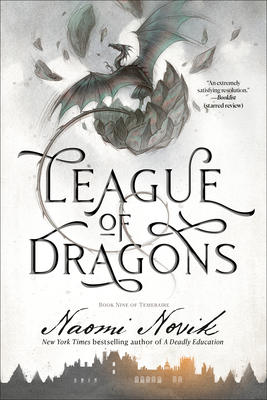 This is book number 9 in the Temeraire series.

From the New York Times bestselling author of A Deadly Education comes the ninth and final volume of the Temeraire series, as the Napoleonic Wars draw to a close and the final battles play out.

The deadly campaign in Russia has cost both Napoleon and those allied against him. Napoleon has been denied his victory . . . but at a terrible price. Laurence and the dragon Temeraire pursue the fleeing French army west but are demoralized when Napoleon makes it back to Paris unscathed. Worse, they soon learn that the French have stolen Temeraire and Iskierka’s egg. Now it is do or die, as our heroes need not only to save Temeraire’s offspring but also to stop Napoleon for good.