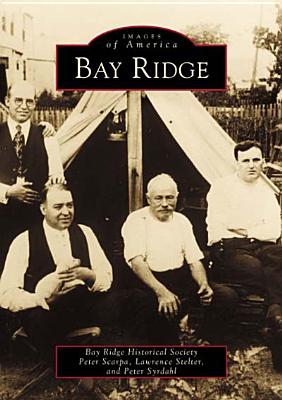 In Images of America: Bay Ridge, which contains over two hundred rare, never-before-published photographs, readers can look back into the faces of those who came before them, the early schools and places of worship, and the trolleys that took the earliest commuters to work.

Bay Ridge was once a rural community of farmhouses and summer cottages that sat on the banks of the East River. First known as Yellow Hook, it included the military post at Fort Hamilton. Where British troops once marched up the banks, commuters today traverse the Verrazano Bridge. Over the years, Bay Ridge has grown into a thriving, diverse neighborhood with a proud Brooklyn history. In Bay Ridge, the Bay Ridge Historical Society has collected images from days gone by to tell the stories of an earlier time. One of the most famous contributions comes from the photographs of Samuel Winter Thomas, a photographer who lived at 3rd Avenue and 75th Street. Gazing at his nineteenth-century photographs, we see the early, rural character of Bay Ridge.