Into the Narrowdark (Last King of Osten Ard #3) (Hardcover) 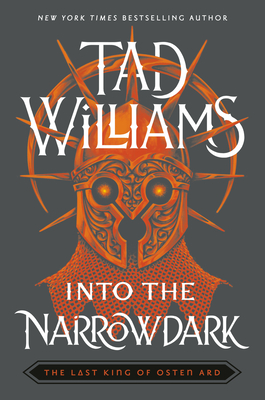 Into the Narrowdark (Last King of Osten Ard #3) (Hardcover)

This is book number 3 in the Last King of Osten Ard series.

The New York Times bestselling world of Osten Ard returns in the third Last King of Osten Ard novel, as threats to the kingdom loom...

The High Throne of Erkynland is tottering, its royal family divided and diminished. Queen Miriamele has been caught up in a brutal rebellion in the south and thought to have died in a fiery attack. Her grandson Morgan, heir to the throne, has been captured by one of Utuk’ku’s soldiers in the ruins of an abandoned city. Miriamele’s husband, King Simon, is overwhelmed by grief and hopelessness, unaware that many of these terrible things have been caused by Pasevalles, a murderous traitor inside Simon’s own court at the Hayholt.

Meanwhile, a deadly army of Norns led by the ageless, vengeful Queen Utuk’ku, has swept into Erkynland and thrown down the fortress of Naglimund, slaughtering the inhabitants and digging up the ancient grave of Ruyan the Navigator. Utuk’ku plans to use the Navigator’s fabled armor to call up the spirit of Hakatri, the evil Storm King’s brother.

Even the Sithi, fairy-kin to the Norns, are helpless to stop Utuk’ku’s triumph as her armies simultaneously march on the Hayholt and force their way into the forbidden, ogre-guarded valley of Tanakirú—the Narrowdark—where a secret waits that might bring Simon’s people and their Sithi allies salvation—or doom.

Tad Williams is a California-based fantasy superstar. His genre-creating (and genre-busting) books have sold tens of millions worldwide. His works include the worlds of Otherland, Shadowmarch, and Osten Ard—including the Memory, Sorrow, and Thorn, and The Last King of Osten Ard series—as well as standalone novels Tailchaser’s Song and The War of the Flowers. His considerable output of epic fantasy, science fiction, urban fantasy, comics, and more have strongly influenced a generation of writers. Tad and his family live in the Santa Cruz mountains in a suitably strange and beautiful house.
Praise for the world of Osten Ard

“Inspired me to write my own seven-book trilogy.... It’s one of my favorite fantasy series.” —George R. R. Martin, New York Times-bestselling author of A Song of Ice and Fire

“Groundbreaking.... Changed how people thought of the genre, and paved the way for so much modern fantasy. Including mine.” —Patrick Rothfuss, New York Times-bestselling author of The Name of the Wind

"Tad Williams is a master storyteller, and the Osten Ard books are his masterpiece. Williams’ return to Osten Ard is every bit as compelling, deep, and fully-rendered as the first trilogy, and he continues to write with the experience and polish of an author at the top of his game." —Brandon Sanderson, New York Times-bestselling author of Mistborn

“Memory, Sorrow, and Thorn is one of the great fantasy epics of all time.”
—Christopher Paolini, New York Times bestselling author of Eragon

"Building upon the revered history of Memory, Sorrow, and Thorn, Williams has outdone himself by penning a 700-plus page novel that is virtually un-put-down-able.... Williams’ grand-scale storytelling mastery is on full display here. Not just utterly readable—an instant fantasy classic." —Kirkus Reviews (starred)

“Highly Recommended. [Williams] draws on many mythologies for the background of his fantasy epic...story spiced with political intrigue and strong appealing heroes.” —Library Journal

“A grand fantasy on a scale approaching Tolkien's The Lord of the Rings.” —Cincinnati Post