Revival God's Way: A Message for the Church (Paperback) 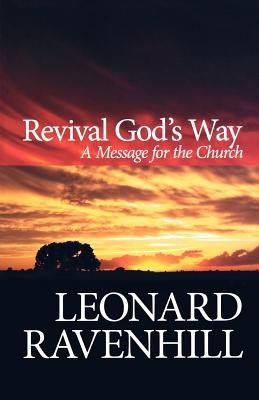 Revival God's Way: A Message for the Church (Paperback)

This no-compromise biblical clarion call to revival is timeless. Leonard Ravenhill clearly shows how the church can be brought from where it is to where it ought to be. The church still needs his message, first published in 1983, for as Ravenhill said, "We live in a generation which has never know revival--God's way."

The message is drastic, fearless, and often radical. His goal for the church is nothing less than full restoration to the glory, power, holiness, and dignity that Christ intended for it.
LEONARD RAVENHILL was born in 1907 in England. He became one of England's foremost evangelists, preaching with vigor and power. He immigrated with his family to the United States in midlife, where he continued his ministry. The author of several books, including Revival God's Way and Revival Praying, he went home to be with the Lord in 1994.