Because the Time is Near: John MacArthur Explains the Book of Revelation (Paperback) 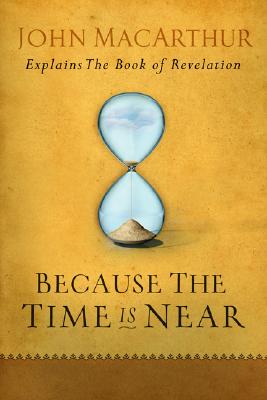 Because the Time is Near: John MacArthur Explains the Book of Revelation (Paperback)

"The end of the world is coming." From roadside signs to science fiction films, this slogan underscores our society’s nervous fascination with the future. Whether it’s a giant asteroid, a worldwide plague, or some other global catastrophe, the end of the world is a terrifying prospect—at least for those who have no idea what it will be like.

For Christians, however, the end of the world should be anything but dreadful. In fact, it should be something we look forward to. Why? Because God has told us how the world will end. And He has assured us that the end of this age will mark the beginning of a new, glorious one in which we will serve and worship Him in sinless perfection. Our eternal hope, as believers, is intimately tied to the end of this world.

All of this is laid out in the book of Revelation. Not only is Revelation the inspired Word of God, it is also the only New Testament book that includes a promised spiritual blessing for those who study and apply its message. As such, it is an essential part of every Christian’s devotional life. Those who ignore Revelation deprive themselves of a rich treasure of divine truth, and the promised blessings that come from understanding that truth. Join John MacArthur as he explains the book of Revelation in a way that is both doctrinally precise and intensely practical.

JOHN MACARTHUR is the pastor-teacher of Grace Community Church in Sun Valley, California; president of The Master's College and Seminary; and featured teacher for the Grace to You media ministry. Weekly telecasts and daily radio broadcasts of "Grace to You" are seen and heard by millions worldwide. John has also written several bestselling books, including The MacArthur Study Bible, The Gospel According to Jesus, The New Testament Commentary series, Twelve Ordinary Men, and The Truth War. He and his wife, Patricia, have four married children and fifteen grandchildren.