In Quest of the Historical Adam: A Biblical and Scientific Exploration (Hardcover) 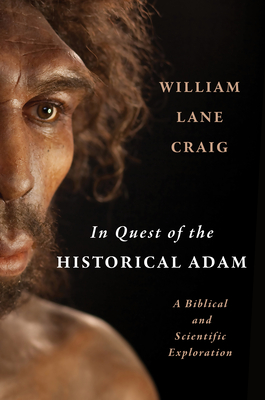 In Quest of the Historical Adam: A Biblical and Scientific Exploration (Hardcover)

Was Adam a real historical person? And if so, who was he and when did he live?

William Lane Craig sets out to answer these questions through a biblical and scientific investigation. He begins with an inquiry into the genre of Genesis 1-11, determining that it can most plausibly be classified as mytho-history--a narrative with both literary and historical value. He then moves into the New Testament, where he examines references to Adam in the words of Jesus and the writings of Paul, ultimately concluding that the entire Bible considers Adam the historical progenitor of the human race--a position that must therefore be accepted as a premise for Christians who take seriously the inspired truth of Scripture.

Working from that foundation of biblical truth, Craig embarks upon an interdisciplinary survey of scientific evidence to determine where Adam could be most plausibly located in the evolutionary history of humankind, ultimately determining that Adam lived between 750,000 and 1,000,000 years ago as a member of the archaic human species Homo heidelbergensis. He concludes by reflecting theologically on his findings and asking what all this might mean for us as human beings created in the image of God, literally descended from a common ancestor--albeit one who lived in the remote past.

William Lane Craig is professor of philosophy at Houston Baptist University and a visiting scholar at Talbot School of Theology. He has authored or edited over forty books-including Reasonable Faith: Christian Truth and Apologetics and On Guard: Defending Your Faith with Reason and Precision-as well as nearly two hundred articles in professional publications of philosophy and theology. In 2016 he was named by The Best Schools one of the fifty most influential living philosophers.