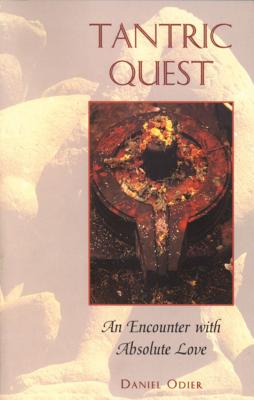 
Usually Ships in 1-5 Days
The author reveals his passionate experiences with a female Tantric master who taught him the suppressed practices of her ancient order.
In 1968 Daniel Odier left Europe for the Himalayas, searching for a master who could help him go where texts and intellectual searching could no longer take him. He wanted everything: the wisdom and spirituality gained from the life of an ascetic and the beauty, love, and sensuality of a life of passion. He found both in Shivaic Tantrism, the secret spiritual path that seeks to transcend ego and rediscover the divine by embracing the passions. In an isolated Himalayan forest Odier met Devi, a great yogini who would take him on a mystical journey like none he had ever imagined. At times taking him beyond the limits of sexual experience, at times threatening him with destruction, she taught him what it is to truly be alive and to know the divine nature of absolute love.
This is the personal memoir of one of France's most honored writers.
Tantrism is the only ancient philosophy to survive all historical upheavals, invasions, and influences to reach us intact by uninterrupted transmission from master to disciple, and the only one to retain the image of the Great Goddess as the ultimate source of power.
Daniel Odier began his studies with Kalu Rinpoche in 1968 and remained his disciple until his passing in 1989. In 2004 Odier received the Ch'an ordination in the Lin t'si and Caodong schools in China as well as permission to teach the Zhao Zhou Ch'an lineage in the West. He gives workshops in Europe, Canada, and the United States and is the author of Tantric Quest: An Encounter with Absolute Love and many other books, including Yoga Spandakarika: The Sacred Texts at the Heart of Tantra. He lives in Switzerland.
"An eye-opening intro to a powerful, much misunderstood tradition."
— Natural Living

"Daniel Odier's story is the stuff of dreams for the spiritual seeker. Until this book, we have had few (if any) modern first-person accounts of a Westerner's initiation into tantrism. Tantric Quest fulfills our longing to understand this mysterious method and does so admirably, describing a path where sensual delight is married with full attention to re-create our birthright of life in the garden of the Goddess."
— Holly Hammond, Yoga Journal