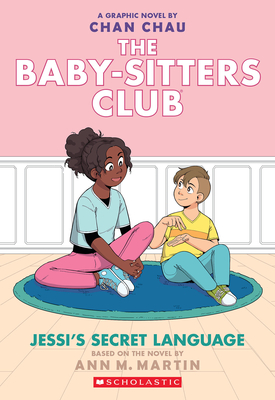 Jessi recently moved to Stoneybrook and is one of the newest members of The Baby-sitters Club. She's getting ready to start regularly sitting for the BSC's newest charge, Matt Braddock. Matt has been Deaf since birth and uses sign language to communicate, so Jessi has to use it, too. It's a secret language!

Soon all the neighborhood kids want to learn how to sign, which keeps the BSC busy. Jessi's the busiest of all -- she's preparing for her dance school's big show, plus working on another secret, just for Matt. Will Jessi be able to keep the secret and pull off her performance?

Ann M. Martin is the creator of The Baby-sitters Club, which has more than 190 million books in print, making it one of the most popular series in the history of publishing. Her novels include A Corner of the Universe (a Newbery Honor Book), Belle Teal, Here Today, A Dog's Life, On Christmas Eve, and the Main Street and Family Tree series, as well as the much-loved collaborations P.S. Longer Letter Later and Snail Mail No More, with Paula Danziger. Ann lives in upstate New York.
Chan Chau is the creator of the New York Times bestselling graphic novel adaptation of Kristy and the Snobs by Ann M. Martin. They graduated from the Minneapolis College of Art and Design. Their work appears in the award-winning comics anthology ELEMENTS: Fire, and they have designed backgrounds for animated TV shows. Chan lives in Tacoma, Washington. Visit them online at chanchauart.com.

“Whether you’re a longtime BSC fan or want to get a kid in your life into them, these are fun adaptations for fans and newbies alike.” -- Book Riot