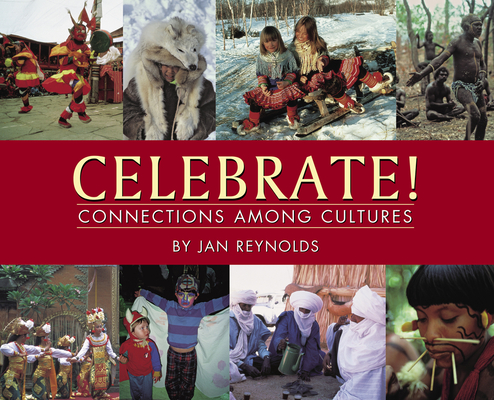 Every culture has its own special traditions and reasons for celebrating. People in the Australian Outback walk on a dream journey, connecting with their past. In Bali, dancers perform a graceful Legong dance, telling an ancient story. And in the United States we watch fireworks, marking the birth of our country.

At first glance these practices seem quite different from each other, but they are actually much more alike than most people may realize. In Celebrate readers travel to communities near and far, and explore the essence of celebrations the world over.

With striking photographs and engaging text, photojournalist Jan Reynolds presents a refreshing look at the similarities among cultural traditions around the world. Readers will be captivated as they discover the universal connections people share when they celebrate.

Jan Reynolds is an award-winning author and photographer whose work has appeared in numerous publications, including National Geographic, The New York Times, and Outside magazine. All seven books in her Vanishing Cultures series of photo-essays for children were recognized as Notable Social Studies Trade Books for Young People, and she is also the author of Celebrate! Connections Among Cultures; Only the Mountains Do Not Move, and The Lion Queens of India. Reynolds holds the world record for women's high altitude skiing, was part of the first expedition to circumnavigate Mount Everest, and performed a solo crossing of the Himalayas. She lives with her family in Stowe, Vermont. Please visit her on the web at janreynolds.com.