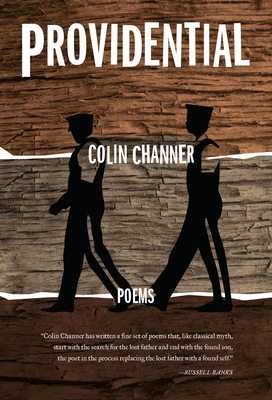 
Usually Ships in 1-5 Days
Longlisted for the 2016 OCM Bocas Prize for Poetry The Caribbean policeman is a character both foreign and familiar at the center of this intimate debut poetry collection. Combining Jamaican patois and American English, it tells the story of violence, loss, and recovery in the wake of colonialism.
--O, the Oprah Magazine One of LargeUp's Ten Great Books by Caribbean Authors in 2015 Jamaican-born Channer draws on the rich cultural heritage of the Caribbean and his own unique experience for this energetic, linguistically inventive first collection of poetry....Channer's lyrics pop and reel in sheer musicality....A dextrous, ambitious collection that delivers enough acoustic acrobatics to keep readers transfixed 'till the starlings sing out.'
--Booklist Channer...skillfully examines the brutality that permeates Jamaica's history in this moving debut poetry collection....Channer's poems rise to present the reader with a panoramic view of a place 'built on old foundations of violence, ' of 'geographies where genocide and massacre/hang like smoke from coal fires.'
--Publishers Weekly Channer's] technique and foresight bring the underlying story of the collection, and the history he expounds, into full daylight and the collection succeeds in revealing a life and history as an essay might, but with the beauty of lyric added to narrative in an exercise that is cohesive in its ability to maintain its trajectory. It is a notable accomplishment.
--New York Journal of Books Jamaica's Colin Channer has been mixing patois in his romantic tales since his 1998 debut novel, Waiting In Vain. In 2015, he blessed us with Providential (Akashic), a poetry collection that touches on the full range of Jamaican languages and dreams.
--LargeUp Fear stalks everyone, police and pursued, and Channer's poems arrest us to that truth in syncopated, shocking fevers.
--Caribbean Beat Magazine Channer's] strongest offering yet....Providential perfectly clothes the written word with matching tone and atmosphere. Welcome to the hallowed halls of Fine Poetry
--Kaieteur News (Guyana) Channer has written a fine set of poems that, like classical myth, start with the search for the lost father and end with the found son, the poet in the process replacing the lost father with a found self.
--Russell Banks, author of The Sweet Hereafter The voices and irrepressible human dance of the clan pulsing at this book's center leave me breathless and I realize how close the voices are to my own, how much I crave this dance.
--Patricia Smith, author of Shoulda Been Jimi Savannah Channer's debut poetry collection achieves an intimate and lyric meditation on family, policing, loss, and violence, but the work is enlivened by humor, tenderness, and the rich possibilities that come from honest reflection. Combined with a capacity to offer physical landscapes with painterly sensitivity and care, a graceful mining of the nuances of Jamaican patwa and American English, and a judicious use of metaphor and similie, Providential is a work of heartical insight and vulnerability. Not since Claude McKay's Constab Ballads of 1912 has a writer attempted to tackle the unlikely literary figure of the Jamaican policeman. Now, over a century later, Channer draws on his own knowledge of Jamaican culture, on his complex relationship with his father (a Jamaican policeman), and frames these poems within the constantly humane principles of Rasta and reggae. The poems within Providential manage to turn the intricate relationships between a man and his father, a man and his mother, and man and his country, and a man and his children into something akin to grace.