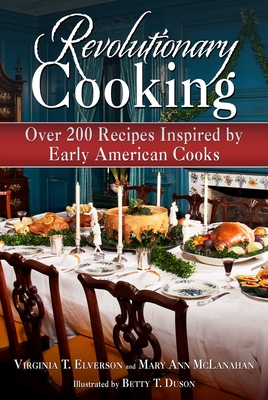 
Special Order
Ranging from the simple to the sumptuous, here are over 200 recipes for modern Americans inspired by dishes and beverages the authors discovered in cookbooks, family journals, and notebooks of 150 to 250 years ago.

Did you know that breakfast in the eighteenth century was typically a mug of beer and some mush and molasses, invariably taken on the run? That settlers enjoyed highly spiced foods and the taste of slightly spoiled meat? Or that, at first, Colonists didn’t understand how to make tea and instead stewed the tea leaves in butter, threw out what liquid collected, and munched on the leaves? These peculiar facts precede tried and tested recipes, some of which include:

Each chapter of recipes is introduced with accounts of how early Americans breakfasted, dined, drank, and entertained. The illustrations of utensils, tankards, porringers, and pots used in the early days are drawn from actual objects in major private and public collections of early Americana and make Colonial Cooking a great resource for American history enthusiasts.