REVELATION for the LAYPERSON (Paperback) 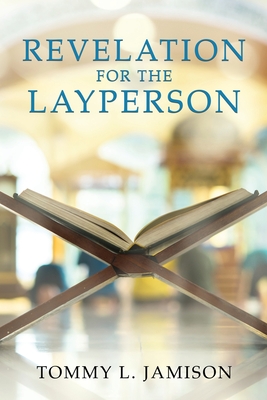 REVELATION for the LAYPERSON (Paperback)

The prelude to John's prophecy of "The Revelation of Jesus Christ" begin with Daniel's question to God concerning the destiny of the nation of Israel and the coming of Messiah. Much but not all was revealed to Daniel and he was told by God to seal the prophecy till the time of the end. However, John was instructed to write about what he had seen, that are, and the things which shall be hereafter and not to seal the words of prophecy. What Daniel was told to seal up, John was told to not seal. This book on Revelation provides the continuity of prophecy from the time of Daniel through the time of John to the Second coming of Jesus Christ and the eternal state. Within each state of world events that were revealed to Daniel and John, history and current times reflecting religious apostasy and globalism is addressed. Most if not all prophecy has been fulfilled that would lead to trigger the 70th week of Daniel resulting in the time of the end.

Tommy Jamison spent more than 35 years in Industry as a licensed engineer, researcher, manufacturing and engineering executive. He holds BS and MS degrees in engineering and applied statistics. He taught experimental design courses at university level and holds patents in metallurgy, metrology, and pressure piping products. He has taught Bible classes primarily in Sunday School for over forty years and currently teaches an adult couples' class. He is the author of two previous books, "What Christians Need to Know about the Quran and Islam" and "Values that Divide-Destroy-Degrade".