Rapture and Resurrection, the Blessed Hope of All Believers: The Glorious Appearing of our Lord and Savior Jesus Christ (Hardcover) 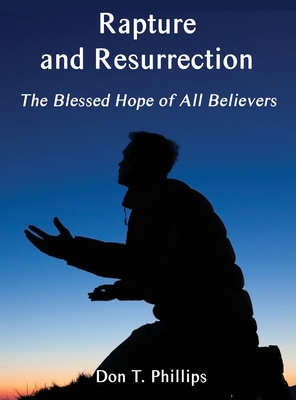 Rapture and Resurrection, the Blessed Hope of All Believers: The Glorious Appearing of our Lord and Savior Jesus Christ (Hardcover)

The Book of Revelation is the only book in the New Testament that is almost entirely devoted to prophecy. It was written by the Apostle John to tell us how this current Church Age will end. The Book of Revelation is complex and mysterious, and can only be understood by carefully studying the scriptures with the help of the Holy Spirit. After 40 years of teaching and studying the New Testament Book of Revelation and the Old Testament Book of Daniel, I began to question the scriptural validity and the theology underlying the different Rapture positions which are being taught in seminary programs and by prophecy scholars. After carefully examining and comparing different teachings on the Rapture and Resurrection of all true believers (Pre-Tribulation, Mid-Tribulation, Post-Tribulation and Pre-Wrath), there were difficulties and inconsistencies which could not be ignored. After years of research, a new Rapture Position was developed which seemed to solve all theological and scriptural issues. The result was a new Pre-Wrath Rapture. The Pre-Wrath Rapture Theory presented in this book is proposed which eliminates the weakness of both a Pre-Tribulation Rapture or a Classic Pre-Wrath Rapture. These conclusions are based upon extensive scriptural justification. A major contribution is to examine the relationship between Jewish and Christian perspectives and beliefs concerning forgiveness of sins and redemption in Jesus Christ. This book will:

- Show the correct relationship between the 7 Seals, the 7 Trumpets in the Book of Revelation