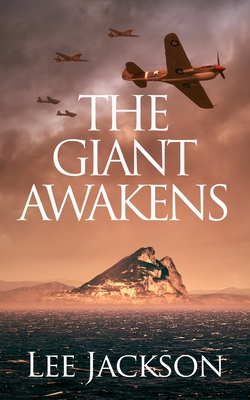 The world is at war.

From their isolated perch on Sark Island, feudal rulers Dame Marian Littlefield and her husband oppose their German occupiers in the only way left to them-through a battle of wits. They wonder about the location and well-being of their offspring, Paul, Claire, Lance, and Jeremy.

Meanwhile, Paul engages in intelligence operations in Manhattan and Washington, DC. Claire works with Americans decoding enemy messages. Lance conspires to escape with other POWs at Oflag IV-C within the walls of Colditz Castle. Jeremy leaves his heart with Am lie in France to join the British commandos for the greatest raid in history.

And in Moscow, the Russian winter has just set in.

The saga of the Littlefield family intensifies in THE GIANT AWAKENS, the fourth installment in Lee Jackson's epic After Dunkirk series.

Praise for Lee Jackson and the AFTER DUNKIRK series:

"...compelling fiction is masterfully woven in with the actual events..." -John J. Gobbell, author of The Last Lieutenant

"There is intrigue and action galore, but also true and gripping personal depth in this remarkable story..." -Don Keith, author of Final Bearing and Only the Brave

What readers are saying: