The Survival of the Soul and Its Evolution After Death (Paperback) 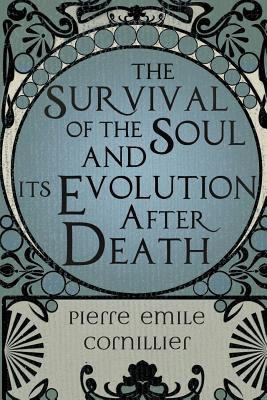 The Survival of the Soul and Its Evolution After Death (Paperback)

Pierre Emile Cornillier (1862 - 1933) was a French artist who had an interest in psychical research. One day in 1912, he noticed that Reine, an 18-year-old model he had been employing for several months, had psychic abilities of some kind. Although a student of agnostic philosopher Herbert Spencer, Cornillier had closely followed the psychical research of the time and had been an observer at some's ances. On a November afternoon, when it became too dark to paint, Reine asked Cornillier if they could experiment with table tipping, something he had mentioned to her. He somewhat reluctantly consented and they sat facing each other at a small table. They sat for a full hour and nothing happened. They were about to give up when they heard cracking noises and the table swayed to the right and to the left, then tapped clearly several times.

Familiar with this phenomenon, Cornillier noted that the taps were spelling out letters. After some confusion and repetition of the message, Cornillier understood that he was to hypnotize Reine. Although he had never hypnotized anyone before, he had observed the process and decided to give it a try. It worked, but Cornillier was reluctant to go too far with it and was concerned about bringing Reine back to consciousness, so he quickly brought her back to full awareness. He decided to wait until after Reine's next modeling session with him to further experiment.

It was on November 29, 1912 that Cornillier recorded his first real success in what amounted to clairvoyance by Reine. After she was in "hypnotic sleep," he asked her to visit his apartment, on another floor of the building, and she, never having been in the apartment, provided an accurate description of the layout. Further experimentation involved communication with some apparently low-level spirits, but a "high spirit" named Vettellini emerged in the ninth's ance and continued on as Reine's primary guide, the 107th and final's ance in this book taking place on March 11, 1914.

On some occasions, Vettellini would take her to distant places, and she would report back to Cornillier on what she had seen or with whom she had met. On one occasion, near the end, Vettellini apparently took possession of Reine, as the voice heard by Cornillier was much deeper and not hers.

There were several contacts with deceased old friends and acquaintances that were evidential to Cornillier, his wife, and some visitors, but Reine's mediumship was not about evidence, per se, as it was with most of the pioneering researchers. Cornillier was more interested in learning how things worked in the spirit world. They discussed the nature of the spirit body, how spirits awaken on the other side, what they look like, their faculties, grades of consciousness among spirits, activities in the spirit world, spirit influence on humans, God, reincarnation, astral travel, difficulties in communication by high spirits, deception by inferior spirits, premonitions, dreams, time, space, animal spirits, materializations, apparitions, cremation, and other concerns that Cornillier had about the non-material world.

This book has it all.