The Revelation: An Analysis and Exposition of the Final Book of the New Testament (Paperback) 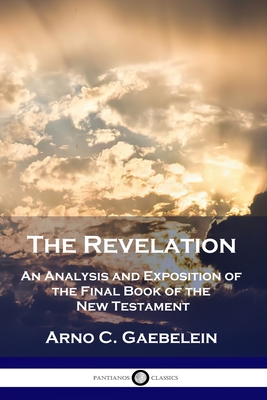 The Revelation: An Analysis and Exposition of the Final Book of the New Testament (Paperback)

Acclaimed educator and minister Arno C. Gaebelein's commentary on the Book of Revelation is detailed and engaging, discussing the prophetic and symbolic elements of the text.

Narrating from his dispensationalist perspective, Gaebelein discusses sequentially the chapters of Revelation. He investigates the link between Revelation and the Old Testament, in particular the Seventy-Week prophecies of Daniel. The book's repeated allusion to the number seven characterize the later chapters, with visitations of seven angels with seven corresponding judgments upon mankind investigated. Using his ample experience with the Bible, Gaebelein reveals a series of details and connections, with scripture references included throughout his investigation.

While some Bible commentaries are difficult to read and steeped in scholarly language, Arno C. Gaebelein had the everyday Christian in mind when writing this book. As a Methodist minister with plentiful experience talking and explaining religious doctrines and ideas to believers, the author was familiar and experienced with delivering knowledge. Just as Gaebelein strives to demonstrate the harmony between the various Bible prophecies, so too does he aim for constant clarity in explanation.