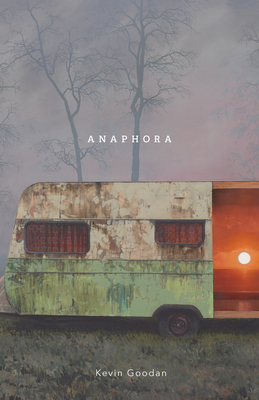 A uniquely chilling glimpse into the immense grief of losing loved ones to suicide.

Anaphora is a gut-wrenching elegy with psychological intensity, giving way to the dizzying grief of loss. Goodan creates a heightened, frantic and piercing dialogue that grapples with mental illness, stigmas, relationships, and morality in the landscape of rural America.

Kevin Goodan earned his BA from the University of Montana and worked as a firefighter for ten years with the U.S. Forest Service before receiving his MFA from University of Massachusetts-Amherst in 2004. Goodan's first collection of poetry, In the Ghost-House Acquainted (2004), won The L.L. Winship/ PEN New England Award in 2005. Goodan's poems have been published in various journals, including Ploughshares, the Colorado Review, and The Mid-America Poetry Review. His second collection, Winter Tenor, was published in 2009. He currently teaches at Lewis-Clark State College and resides in Idaho.