WHAT IS GOD SAYING TO YOU? A Journey Through The Book of Proverbs (Paperback) 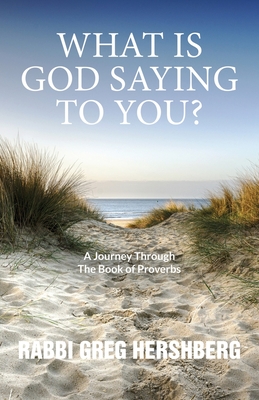 WHAT IS GOD SAYING TO YOU? A Journey Through The Book of Proverbs (Paperback)

Learn from the Rabbi, how to hear from God while studying the book of Proverbs.

The ministry went global in 2010 and Congregation Beth Yeshua became Beth Yeshua International (BYI). What was a local storefront congregation became an international ministry/training center in Macon, Georgia, with congregations and schools in India, Kenya, Australia, Germany, Israel, and across America. In addition, Rabbi Greg's messages are live-streamed throughout the world.

Rabbi Greg currently resides in Macon, Georgia, with his wife, Bernadette, and their four children. More about Rabbi Greg can be found in his autobiography, From The Projects To The Palace.