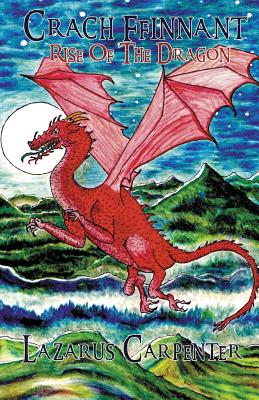 It is 1399 and twenty five years have passed since Crach Ffinnant, dwarf, prophet and seer began a quest serving the Prophecy. Henry Bollingbroke has imprisoned Richard II, taking the throne of England. Hating Glyndwr, Henry refuses to honour a debt and seeks revenge, sending an assassin to kill him. Tan-y-Mynedd the dragon searches endlessly in the deep caverns for the lost dragon eggs with hope in his heart they exist. Unrest in Wales is at a fever pitch, common folk and Lords alike gathering under the flag of the Red Dragon.

Will Crach Ffinnant, dwarf, prophet and seer succeed in the quest? Will King Henry IV succeed in his mission to destroy Glyndwr? Will Tan-y-Mynedd succeed in finding the dragons eggs and secure the future of this ancient species? Will Owain Glyndwr become Prince of Wales?

The Prophecy unfurls as Crach Ffinnant, dwarf, prophet and seer continues his adventures in Rise of the Dragon.