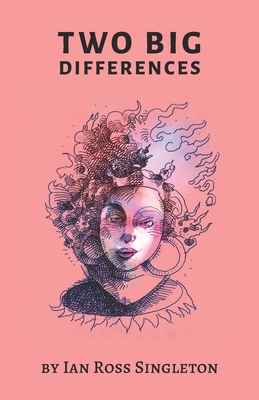 
Email or call for price
Zinaida Olegovna Bondarenko is returning to Odessa, Ukraine from Detroit, USA, with one companion, Valentine Pechenko, a Ukrainian-American who is in love with her. Zina came to Detroit in search of her mother, met Valinka (Valentine), and forged a strange relationship with him. Now Zina--as Valinka ends up calling her--has been deported. Upon their return to Odessa, they are greeted by her father and a country at the brink of war with Russia. It's 2014, and the Euromaidan Movement is underway in Kiev. Odessa appears to be taking her usual unique path. While Valentine is "discovering his roots" and trying to tell his own story, that of a Ukrainian-American in his homeland, Zina finds a job with an archive attempting to preserve the memories of witnesses to the Soviet past. Meanwhile, having failed to find her mother, she's busy trying to repair her relationship with her father, who raised her single-handedly from age seven. This hope for reconciliation is also one for reconciliation with her country, which is undergoing a national identity crisis. Zina wants only to help communicate the stories of those who came before, especially women. But she finds that, as an Odessitka, if she doesn't pick a side, one will pick itself for her. She and Valinka will go on an Odessan odyssey, taking them all over the city, from its outskirts to its center and into its catacombs, where Zina will encounter her past and Valinka will realize the error of his ways. Soon after, we'll find out about why Zina carries trauma with her related to a very common Russian phrase. On May 2nd, 2014, the worst violent event in Odessa since the Great Patriotic War (World War II) took place in the fire in the Building of Trade Unions along Kulikovo Field. This event will bring Zina's and Valinka's journeys to an end. It will both unite and divide Odessa. It will show how even Odessa, long thought to be "not Ukraine" because of the language (most Odessans still speak Russian), must decide on her identity. Influences on Two Big Differences include the author's work translating the Russian-language poet Marina Eskina in journals such as Asymptote and Cardinal Points, where an excerpt of this novel has also appeared. While the content of Two Big Differences resembles the work of David Bezmozgis and Jonathan Safran Foer, the novel also takes influence from the craft of Rachel Kushner and Jayne Anne Phillips and from Odessan writers such as Isaak Babel, the inimitable duo of Ilya Ilf and Yevgeny Petrov, and Valentine Kataev.