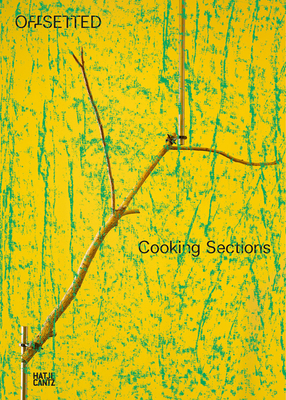 From climate-resistant menus to colonial desserts, Cooking Sections ask us to think again about the ethics and economics of the food on our plates -Frieze

Established in London in 2013 by artists Daniel Fern ndez Pascual and Alon Schwabe, and nominated for the 2021 Turner Prize, Cooking Sections examines the systems that organize the world through food, exploring the overlap between art, architecture, ecology and geopolitics through site-responsive installations, performances and videos. Their titular work, an immersive installation comprised of bark, branches and other matter from New York City trees, explores the forces that have both protected and displaced the city's trees under the pressures of urbanization. In 2016 they opened the Empire Remains Shop, a platform to critically speculate on the implications of selling the remains of Empire.
Through these site-responsive interventions, Offsetted traces the emergence of the evaluation of nature, contesting neoliberalism as a savior of its own ecological contradictions.